How I'm removing the wallpaper border

The projects on the new house continue! And of course we're not just doing one thing at a time. Nope, almost all the main rooms of this place have something going on. A little painting here, a little construction there and so on. It's just the way I like it--pushing through to get lots done at once. But I'll admit it's not hubby's favorite way of doing things. He likes things nice and tidy--done one at a time. Having a house torn apart with projects makes him a little bonkers. Don't worry, I've promised to finish up what I've started before beginning anything else.

One of the said projects is in the kitchen. I want to paint. Before I can do that though I have to get rid of this stuff: 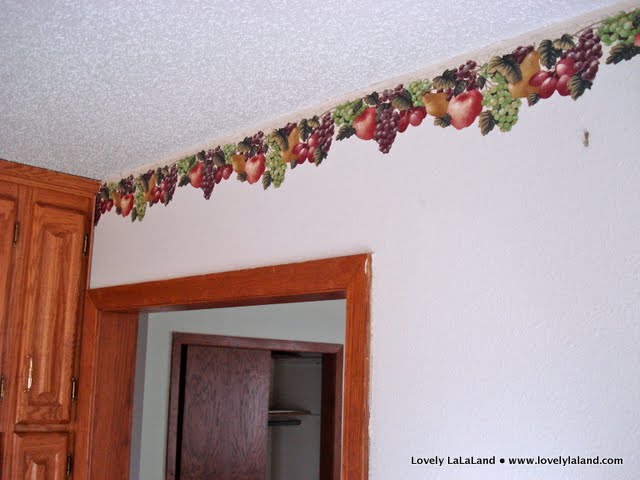 Shock of the earth: I'm taking down the fruity wallpaper border that matched the fruity contact paper and window valences--which were some of the first things exterminated after we moved in. Removing it isn't the most fun job in the word, but I'm pushing myself because when I'm done I get to take a roller to the walls! And in my crazy brain painting is Fun--with a capital F. 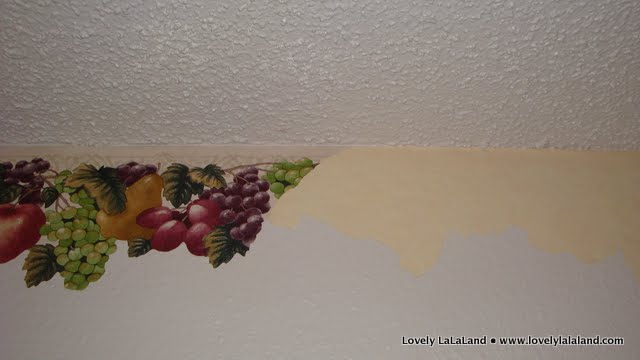 Step 1: Peel off the top layer of the paper so all that remains on the wall is the undercoating. This job was very gratifying and pretty simple. One of the many joys of being 6'4"--no step-stool necessary. 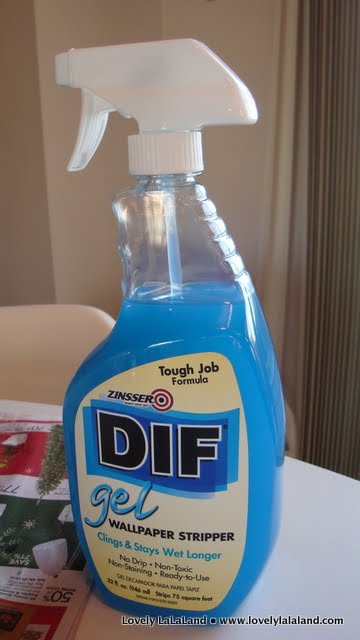 Step 2: Purchase a wallpaper removing solution. I decided the "tough job" gel formula of DIF would be an advantage. It doesn't run off the walls as easily. 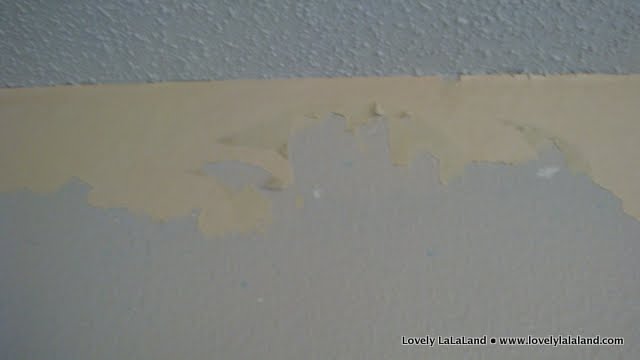 Step 3: Spray what's left of the wallpaper and let it sit according to package directions. Keep in mind that dry areas won't budge any easier because they haven't been treated. I therefore had to apply the spray pretty liberally. To remedy this and perhaps use less spray I may buy the non-gel version of the spray next time--it'll likely mist the area better than the gel. 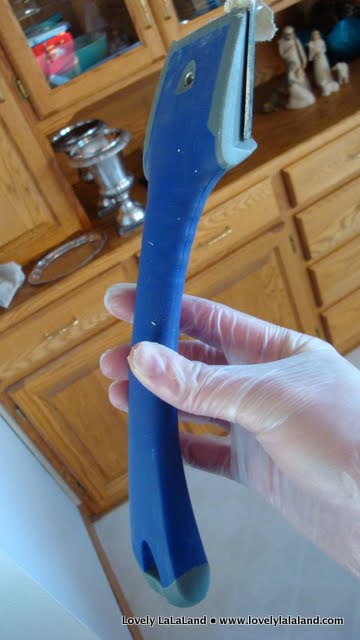 Step 4: Grab your favorite scraping tool. We purchased ours when scraping the exterior of house #1 in preparation for it's fresh coat of paint in 2010. So no, I didn't buy an actual wall-paper scraper. I prefer to work with what I have on hand. I'm sure an actual wallpaper removing tool would work better but I'd rather keep the money in my pocket, even if I have to work a little harder. 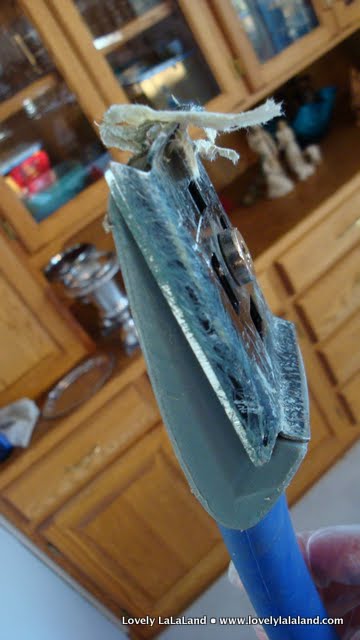 The scrapers have replaceable blades and different angles on their edges. They're able to get into nooks and crannies as well as tackle larger areas.  Which is good, because I have a lot more wallpaper border to remove... 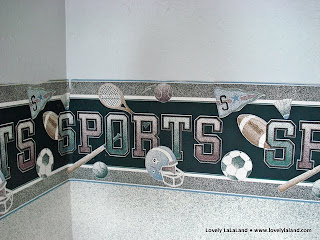 ...like the guest bedroom (pictured above), the office, the downstairs hallway... 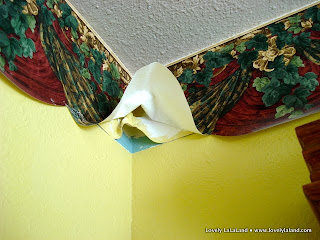 ...and the infamous yellow bathroom with border on top of painted border. (I actually may end up having to rent a steamer to remove the painted-over paper, depending on how well the spray penetrates it. We'll see.)

I have been taking photos of all we're doing and plan to share them but it seems I've misplaced the compact point-and-shoot camera I've been using. I'm sure it'll turn up soon--it always does!