A fond farewell with a story

December 1--can you believe it? We had the first real snow of the season yesterday, making the view outside of our windows a winter wonderland. It's beautiful. 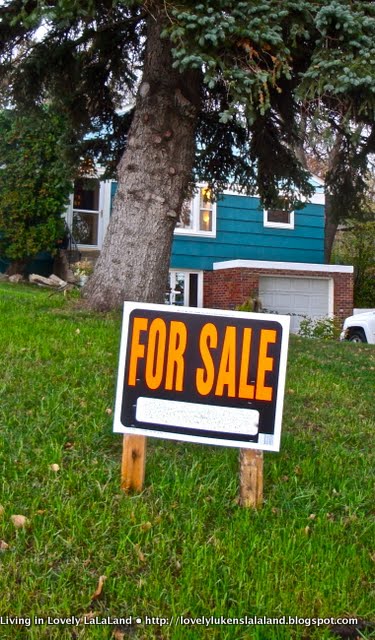 Today we officially say goodbye to our house in Jamestown. And while we'll always have a soft spot in our hearts for our first place, we're thrilled that another young couple will now call it home.

In honor of closing day, I'm going to share one last DIY decorating story from last year. Why? Because as I was walking through the house for the last time, snapping photos of empty rooms and saying internal goodbyes to the walls that kept us, I went into the guest bedroom and realized there was a story left untold.  This was on the wall: 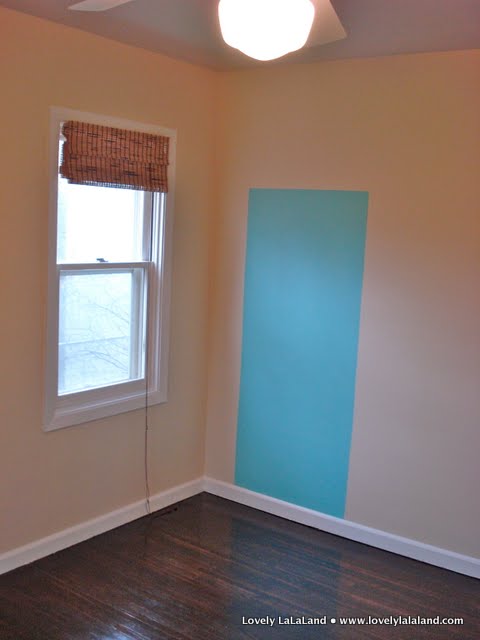 Perhaps you're wondering, as I imagine the new homeowners do, why an aqua blue box is on the wall? Actually there are two, one sits to the right of this one.
It used to look like this: 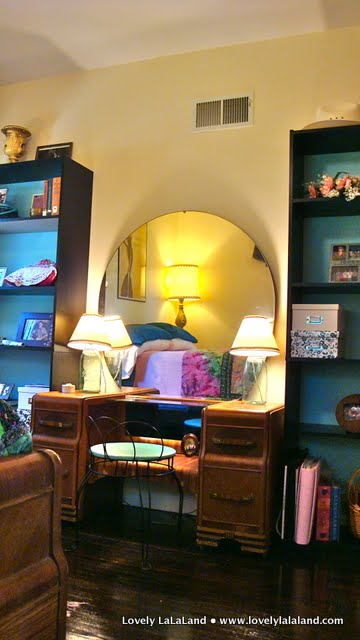 Basically, I decided I wanted two bookcases to have an aqua back--you know, a nice pop of color for the space. I bought two inexpensive bookcase kits from Wal-Mart, assembled them at home leaving the back sides off, thereby allowing the rectangles of aqua wall to peek through. 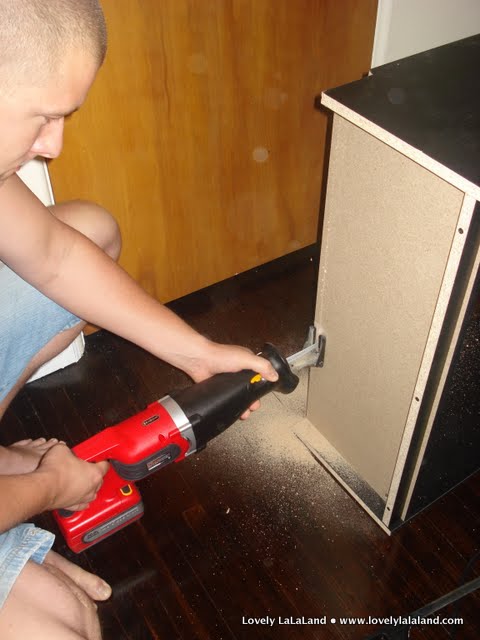 And because I wanted to make sure the bookcases sat perfectly flush against the wall, Mike notched out the back of the frames to allow for the baseboard to run along the bottom. 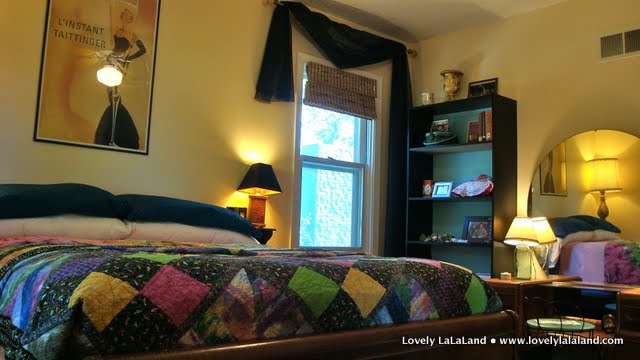 The only problem? By taking off the back of the bookcase I removed a stabilizing element. They were rickety to say the least. Eventually they wouldn't stand up straight. Little slivers of aqua paint wold peek from around the exterior of the tilting bookcase, taunting me with their imperfection. Every time I went in the room I would push them back into place. It drove me crazy and I started to worry that they would come crashing down, breaking everything in their paths. 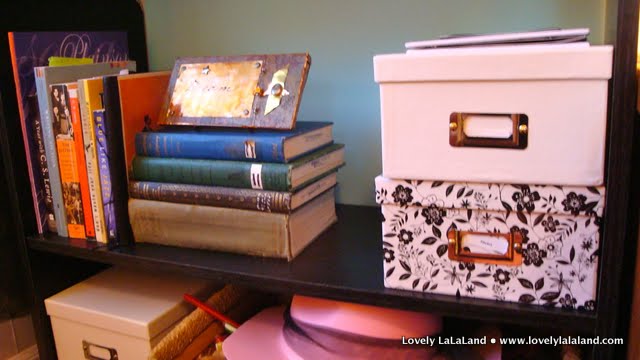 I also realized how much I disliked having open bookcases of clutter in the room. It was too small of a space to have so much stuff exposed. It always felt messy to me.

Eventually, we tossed the rickety bookcase frames and put two large dressers in front of the aqua paint, covering up all evidence--until we moved out the furniture.

It was a waste of money, but not a total failure. A learning experience never is.

There you have it, the story of the crazy aqua rectangles we left for the new homeowners to ponder. I picture them staring at the wall, scratching their heads and wondering aloud what on earth possessed us to do it and what the purpose could have been. Then, they quickly find their paint  and brushes, working to cover up the strangeness of it all. Much like we did when we first saw the room two years ago: 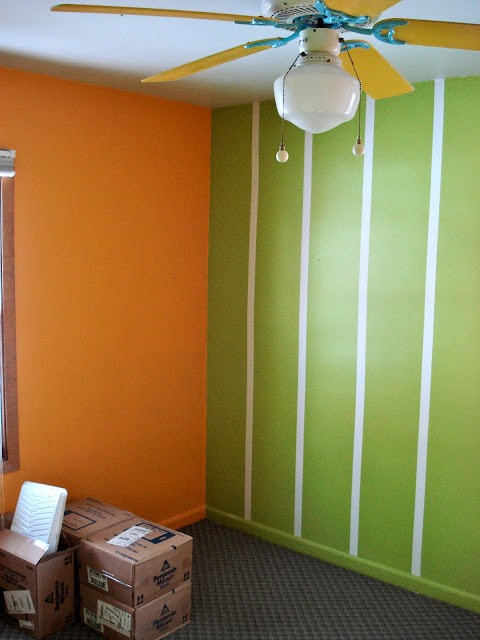 As they say, to each his own! 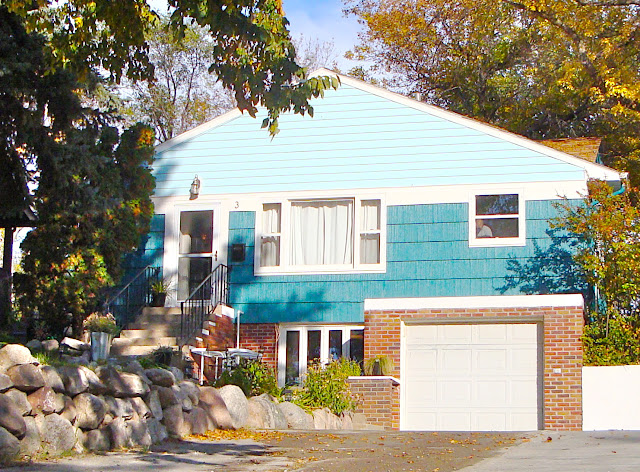 Goodbye little house on the hill. We loved calling you ours.