Exterior: painted (no thanks to me)

I did a photo dump off my camera tonight and found some nearly month-old shots. Better late than never? 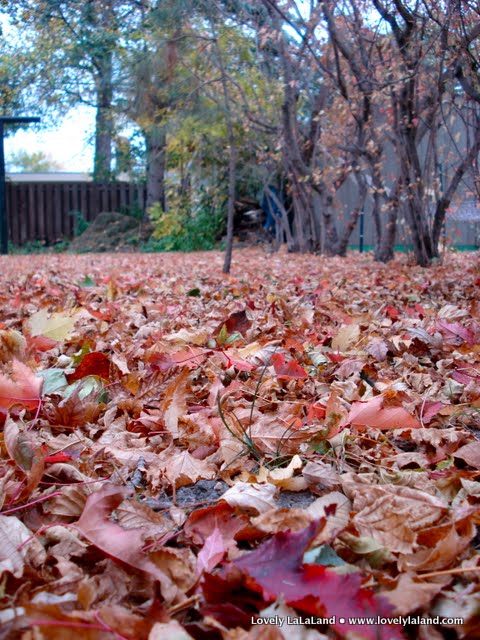 The leaves in our back yard this year were magical. We received an early frost followed by weeks of unseasonably warm weather. A result of the weather pattern were displays of color rarely seen in North Dakota. Such a gift.

And while I was squatting in the crunchy leaves to get just the right angle for just the right photo, I looked over at my husband. He was doing this: 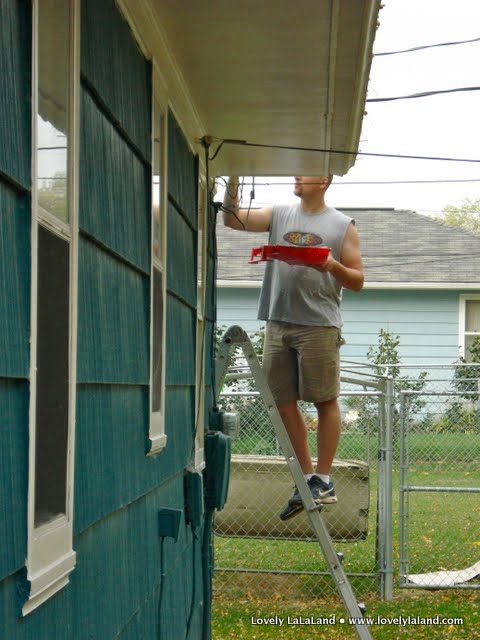 Um, yes, that was my job--that I confessed to avoiding for over a year in the post linked here. And yes, he did finish it for me...two months after I wrote that post. Yikes. 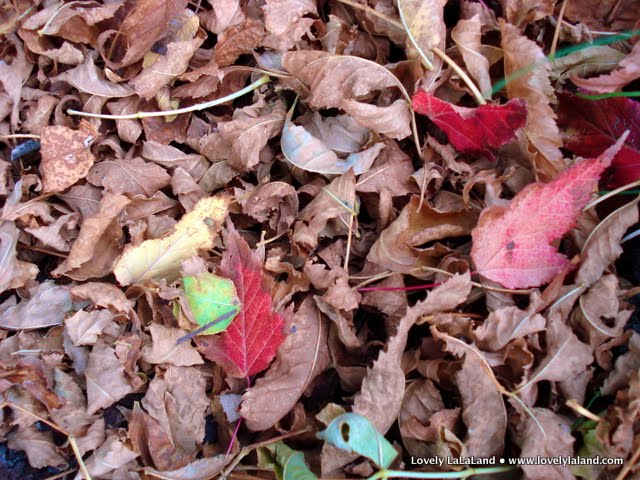 After grinning widely and complementing his work so sweetly that honey practically dripped from my words--yes, I was that happy to not be standing on that ladder wielding that paintbrush--I proceeded to stomp around, relishing the crunchy, colorful carpet underfoot. And of course took more photos. Of course. 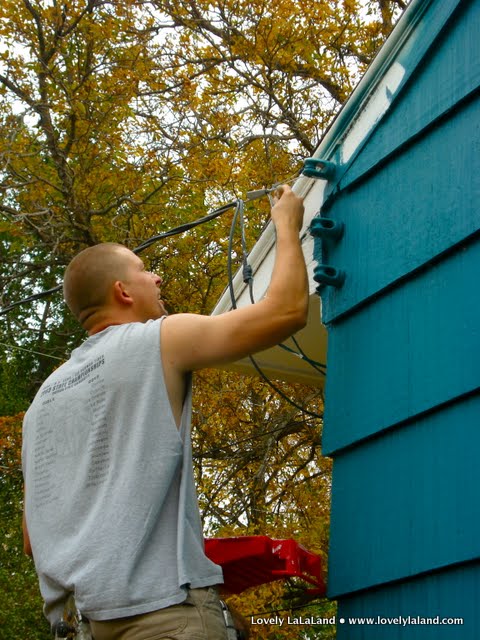 Before heading inside I took another photo to later remind myself of the man that cleans up my messes, finishes my projects (and sentences occasionally) and makes me feel like I'm worth it. What a gift.