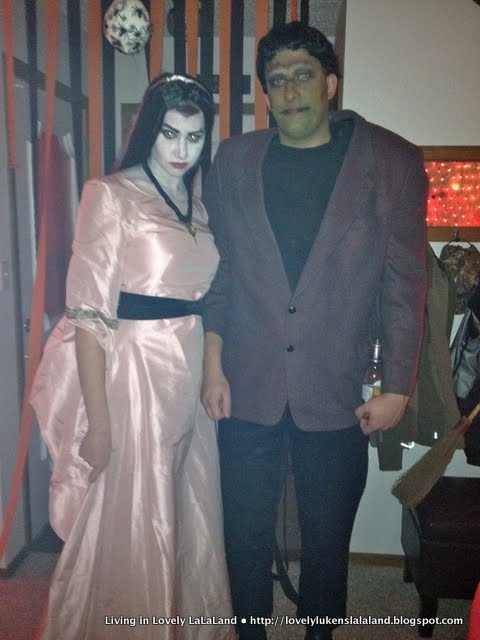 We channeled our inner monsters Munsters Saturday while attending a friend's halloween party--the Horror Movie Monster Ball. Though we weren't technically from a horror movie, all hollywood monsters were welcomed with open arms ghoulish grins.
Sidenote: Excuse the crummy photos--we realized we left the house without taking pictures and only had the phone to shoot with. 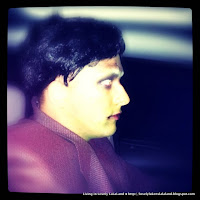 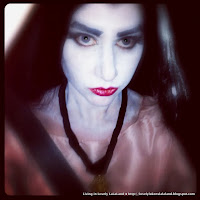 Herman, the handsome driver concentrating on the road ahead in the above photo taken in the car, was stitched together and ready to party with his beautiful vampiress by his side. 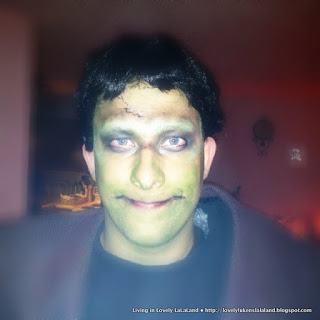 Somehow we managed to earn the title of best couples costume. Herman was pleased. 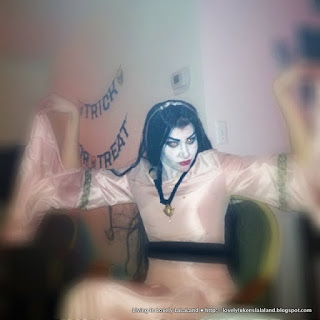 As was Lily. But I think the best part of the costumes was the low budget we were able to stick to when creating them. For about $20 I bought us the necessary wigs and face painting kit. The rest of the costumes were made from things we already had or borrowed.
My dress was left from a college mediaeval art class project. The sash and necklace cord were velvet ribbon we had on hand. Mike's jacket was borrowed from his Dad's collection, the shoulder pads were wads of bubble-wrap (we have lots of that around our mostly boxed-up home.) His pants and boots were out of his closet--the pants were safety pinned to be shorter.
How was your halloween weekend? I'm looking forward to handing out candy tomorrow night. Hopefully I'll be able to get rid of the entire contents of the bowl we filled for the occasion. Those Kit-Kat's and peanut butter cups are tough to resist!