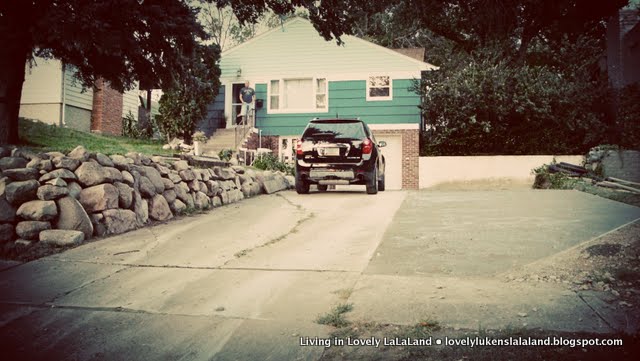 Just so we're clear, that's done, d-o-n-e. Not d-o-e-n.
Why the clarification? There's a running joke in my family. You see, I'm bad terrible at spelling. Seriously, the words I get wrong are so elementary it's actually pretty ridiculous sometimes. Keep in mind that I have an English degree and have therefore studied the language extensively. And I still can't spell. Yikes.
Anyway, a few years ago on Easter morning my family was hanging out in my grandparents' living room before our big noon meal. My two grown brothers and teenage nephew started wrestling around on the floor. When it was time to eat, I was the person asked to break up the wrestling match.
I shouted, "Guys, it's time to be done."
No response. They continued grunting, flailing and rolling around on the room's soft blue carpet.
"Did you hear me? Done! D-O-E-N. Done!"
I realized my mistake immediately but it was too late. Grimacing, I looked over at my brother-in-law. He was already laughing at the misspelling. And the boys stopped wrestling to start teasing good-naturedly.
I'll never live it down. Ha!

So now you understand what I mean when I say with hardiness,
"The cement is done. D-O-N-E." 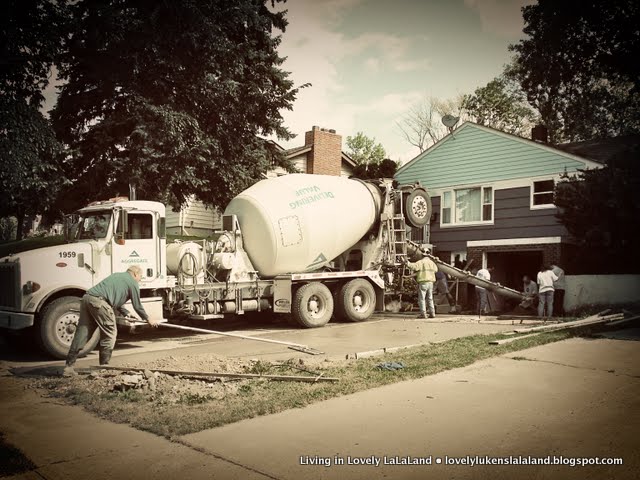 The cement truck arrived at our house 11:00 yesterday morning. 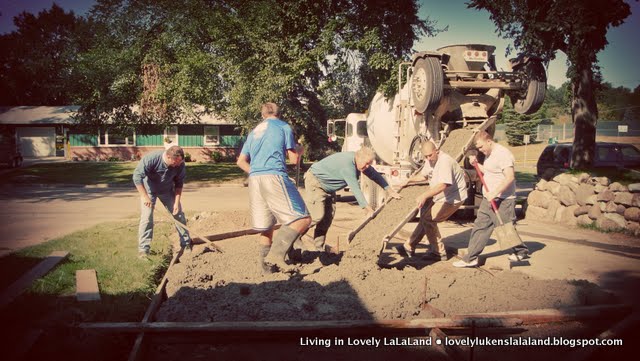 I couldn't get the day off of work to help, so Mike called a couple of his buddies. Together with Mike's parents and teenage brother they completed the project by mid-afternoon. 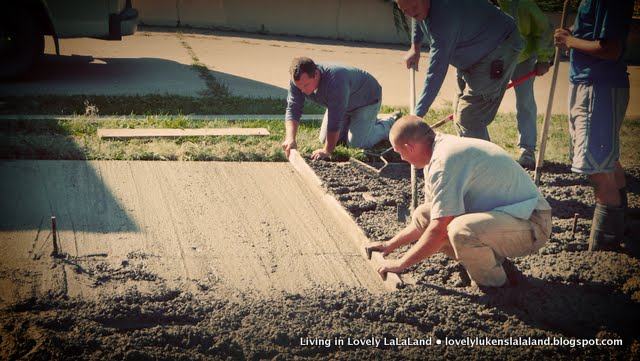 (Thanks to my mother-in-law for taking some of these photos!)
And thanks to everyone who helped--you know who you are. We truly couldn't have done this without the our friends and family. Thank you! 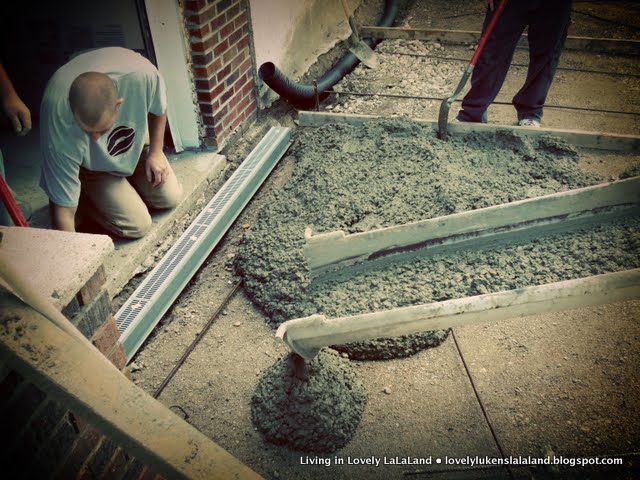 I came home during my lunch break and proceeded to do the usual: run around taking photos. That was followed by another of my usual duties: food. An order of five pizzas, cooler of pop and box of rice krispie bars later, the patio table was made into a buffet and my job was done. Time to head back to the office. 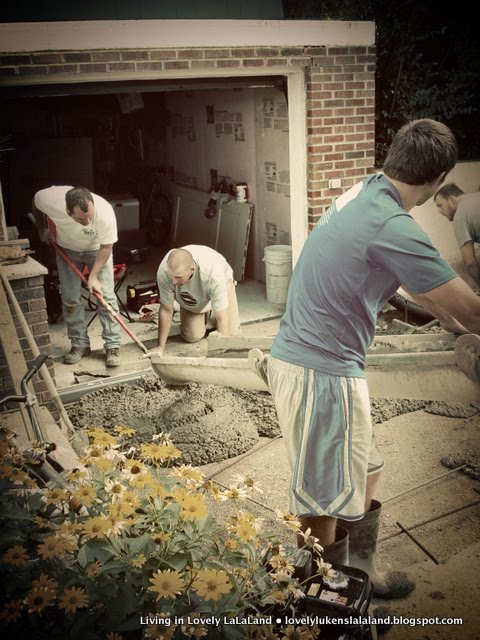 Each person had a specific job. They were a well-oiled machine. 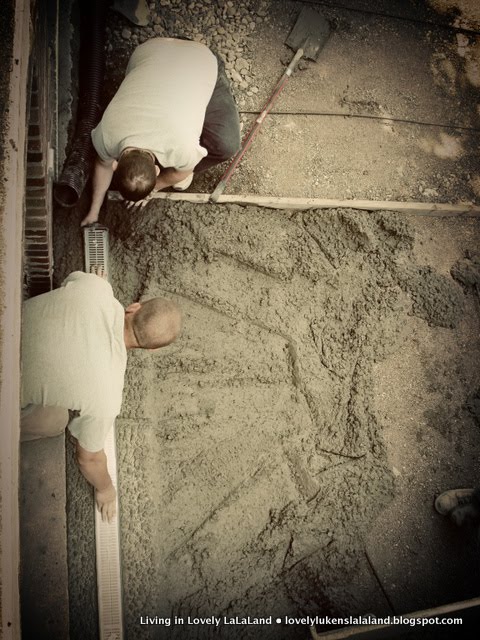 We installed a drain directly in front of our garage door. This should eliminate the water running into the garage during heavy rains. Thank goodness. 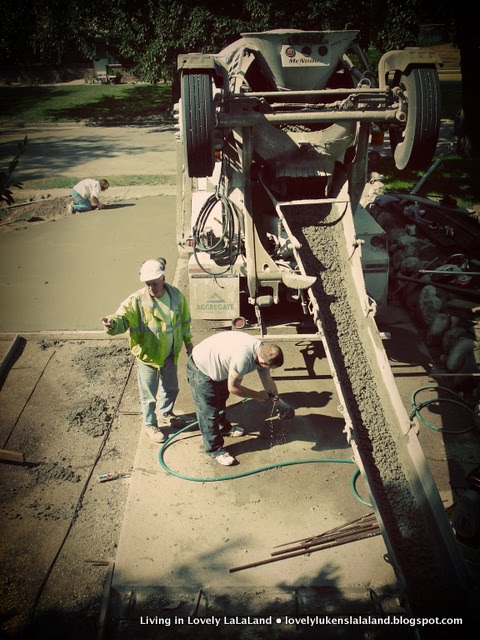 The cement truck man (in the hard hat) was pushing the group to hurry. He had a deadline and needed to keep it. They worked steadily to keep the project rolling. 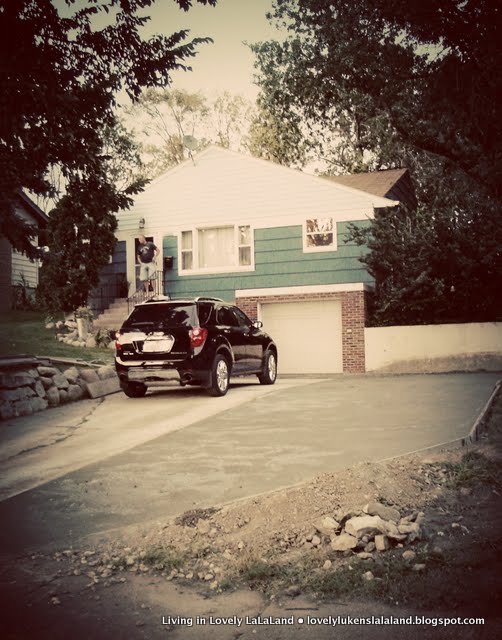 Like magic, everything was completed by the time I arrived home in the evening. It'll be a couple weeks before it's completely cured and ready to be driven on. But after 3+ months of a torn apart yard we can handle a wait like that!
at 5:00 AM