This is what our guests were forced to press when they wanted to ring the front door bell: 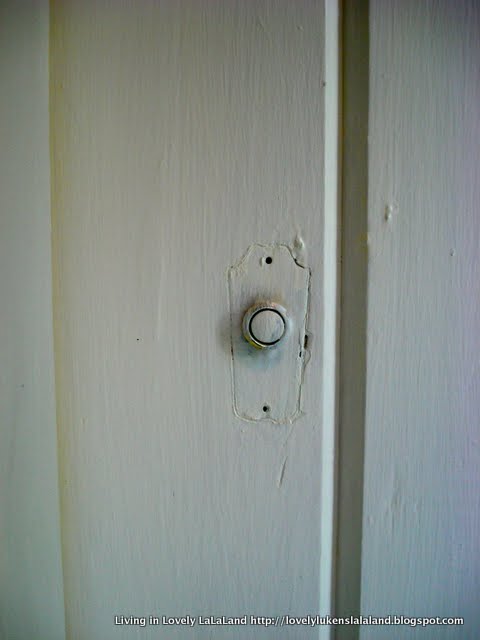 A painted button surrounded by the indented outline and holes from the long-gone face plate and screws. In a word, ugly. 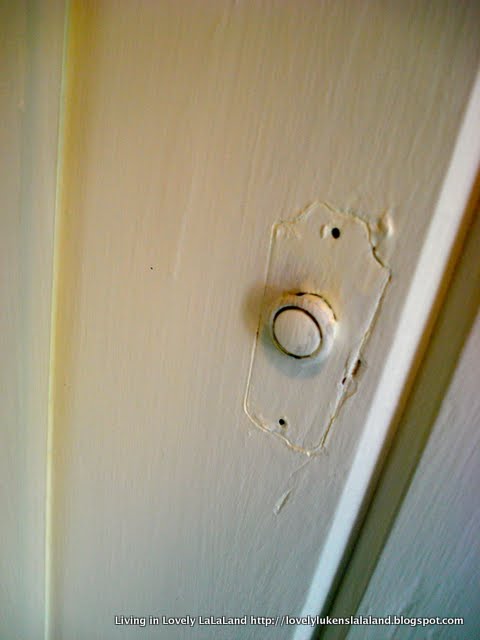 To make matters worse, it didn't work very well. A weak "ding" was all it could normally muster. Sometimes we didn't even hear it--if, for instance, we had our iTunes cranked up in the stereo or were in the basement watching TV. We hoped an upgrade would result in a robust, two-toned "ding dong." 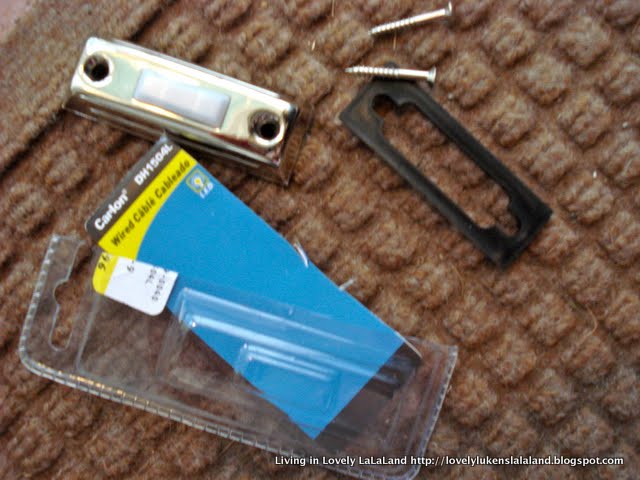 Choosing a button (from our local True Value store) was harder than I expected. I debated. Black faceplate to match the newly painted door? Brass faceplate to match the door's hardware? The cheapest option? A button that glows? A button that's round?
I tell you, the options can drive a person crazy. I think I had three different ones in my hand before finally leaving the aisle with one. Then, I changed my mind while waiting in line at the register. Thank goodness handsome hubby held our spot while I ran back to the aisle, returned one to its spot and grabbed this chrome option. 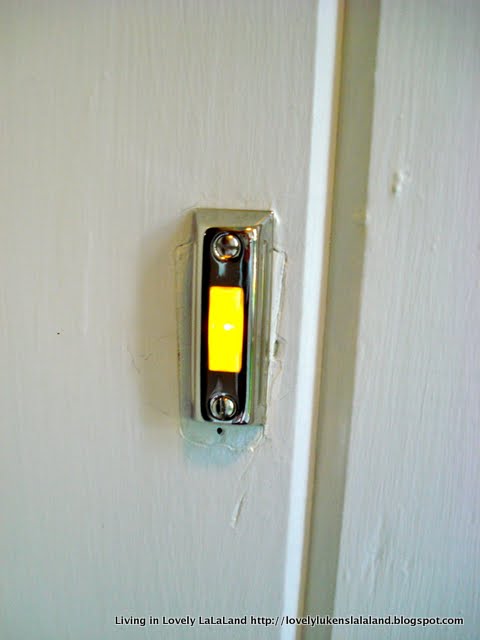 If I'd have known how easy it is to trade out the old with the new I'd have done it much sooner! Seriously, it took ten minutes tops.  I'm thinking I'll remove it again to fill in the indents from the old mounting, but for now at least we have something that works.
And I love the glowing button. I imagine it'll be nice for any late night visitors. Not that we really have many of those--but you know, it's the thought.

Happily, the chime was improved with the new hardware. Hear for yourself via the clip above. (I realize the video was shot sideways. Oops!) Now that I know how easy it is to replace door bell buttons, I'm really out of excuses for our back door's chime. (It's coated in layers of paint and doesn't even move when you press the button.) Yes, I think it's definitely time to head back to the hardware store. I'll let you know when that happens.
Hopefully sooner than later. Hopefully.