Tweeking the hall with lighting and a gallery

I've been pounding a few more nails into the interior walls recently. This time the victim location was the little hall between the bedrooms. 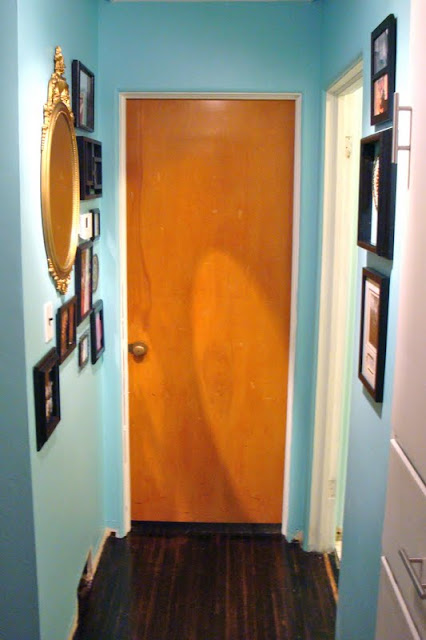 But first let's go back to the beginning. This little project all started with a light fixture swap. 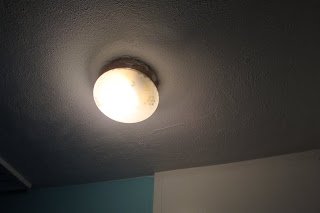 I actually didn't mind the original fixture (I'm a sucker for old school style) but it had been poorly painted around so many times it looked much more shabby than chic. And the single bulb wasn't the brightest. 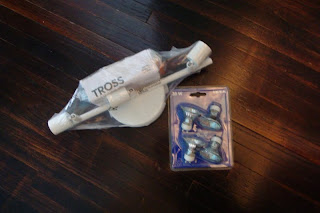 We picked up an inexpensive replacement at IKEA, thinking the three adjustable halogen spot lights would work well at bouncing light in all the right places. 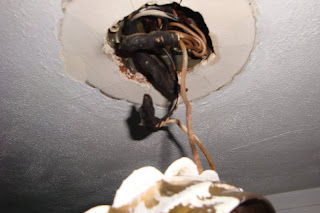 I started replacing the fixture when Mike was at work one day. Flipped off the circuit breaker, disassembled the light, unscrewed it from the ceiling... and then realized I was in over my head. The old-school wiring scared me some. Then there was the 60-year-old tape: hard as rock and hard to remove.
I made the executive decision (they're a cinch to make when you're the only executive present) to let the handsome hubby take care of it.
He did, but not until a few lightless days passed. Nothing like stubbing a few toes to bring on the DIY motivation. 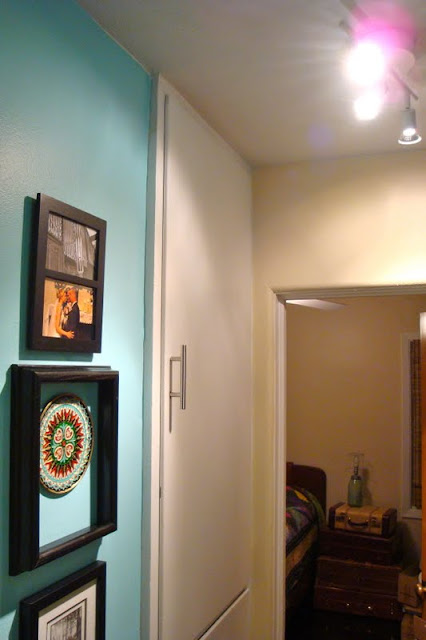 Now the hall had all sorts of bright light dancing around. It made me want to put more stuff on the walls. But I didn't have a clear idea of what I wanted, so the project was put off. 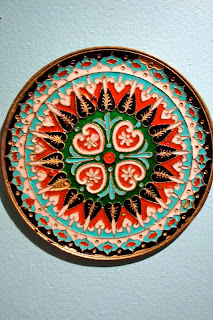 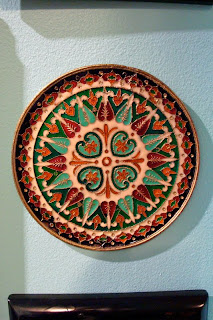 Then I found these enameled brass beauties at a rummage sale--$1.50 for the pair. The aqua,  black and brass made me immediately know they were perfect for the space. 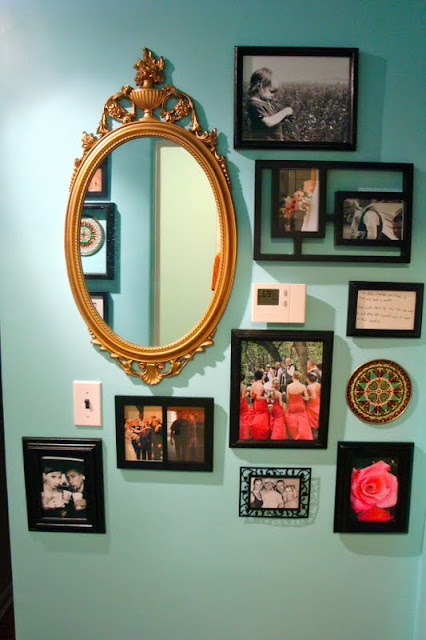 So I took some frames we already had sitting around and started arranging everything on the wall. The gold mirror already hung there, as did a couple others. I just placed the new ones in around them. 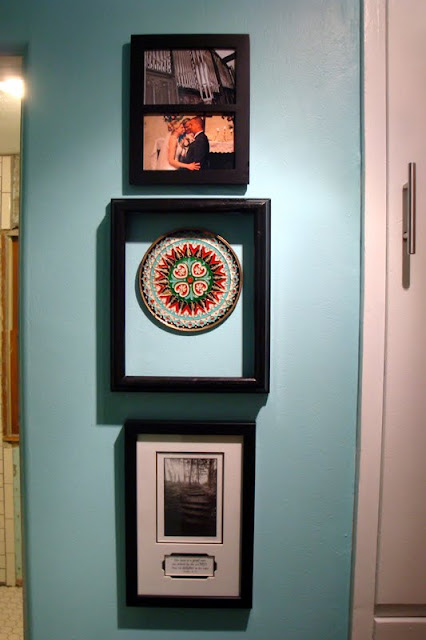 The opposite wall had one frame already hanging on it. I used that existing nail to hang the new medallion and put the other frames up following. In my usual impatient manner, I didn't do any measurements. Just eyeballed and hammered away. There may be a *few* extra holes behind some of the frames from incorrectly placed nails. My motto: out of sight, out of mind.
Most of the frames came from the photo arrangement we used to have in the living room. We took it down a few months ago when moving furniture and decided we liked the wall space empty. The frames have been chilling in a pile in the guest room ever since, desperately wanting a home. I'm happy to oblige. 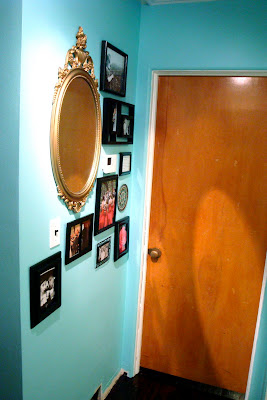 The best part of the placement of this gallery is the hidden aspect of it. It's not readily visible to just anyone walking into our house. I've learned my minimalist husband has a less-is-more attitude with wall hangings, so the small gallery is a good compromise for us. I get my gallery, he doesn't have clutter on the living room walls. Cheers to that.
at 9:17 PM