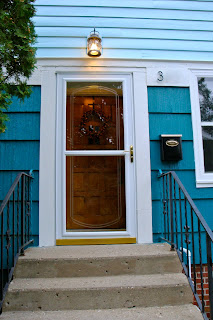 Our entryway has been given some exciting upgrades.
It was quite an overhaul. Here's a quick recap. 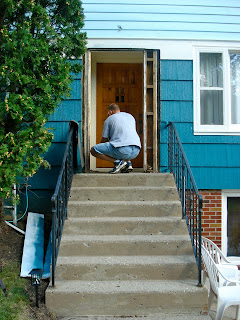 First, we removed the old door and the frame that surrounded it. One thing I never liked about the frame was the asymmetrical alignment of the door. Notice that the surround placed the door further left in the frame. This meant that the trim was different sizes on each side. I'm not a stickler for symmetry, but the uneven trim just bothered me. 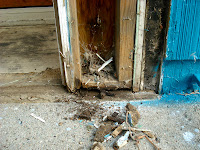 Things were a bit rotten at the base of the surround. 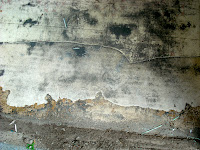 And pulling up the rug revealed old linoleum that was a peeling mess. 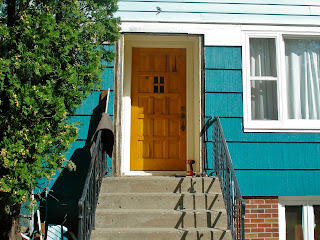 I actually really liked how the house looked with this newly exposed little nook. We know that the vestibule was enclosed years after the house was built from the evidence of removed hinges in the woodwork that surrounds the front door.
I tried to make a hard case for why we should put the storm door inside the nook, in it's original spot sharing a frame with the door, but my wise husband started reminiscing about the snow that covered the staircase last winter. It went half-way up the storm door--yikes.
Me:  "Oh yes, that's why we want it on the outside. Thanks for the reminder."
Mike: "Anytime." (Exaggerated grin that clearly says "you were in Lalaland again.") 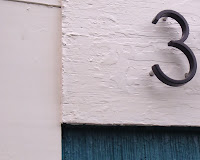 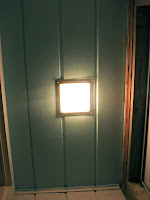 We're still working on finishing the interior of the vestibule. We're painting the walls the creamy-white exterior trim color and have already painted the ceiling the light blue color from the front of the house. Eventually we'd like to put tile over the old linoleum on the floor, but for now we just put back the existing rug and added a door mat we snagged on sale--got to love buying things at the end of the season! 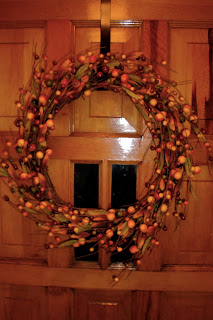 The front door is even sporting a new, autumn-inspired wreath. We love this original door by the way. Love. 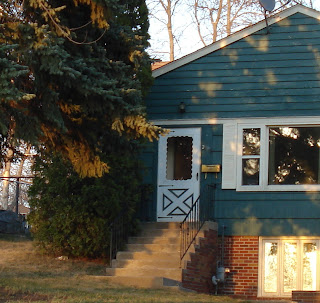 So here it is: The "before" shot, taken in April before any of our exterior projects had begun. Note the old light, mailbox and house numbers. 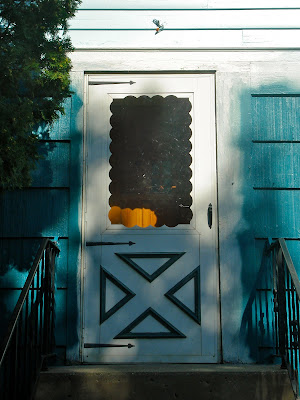 Here's how it looked a couple weeks ago. A close-up view of the unsightliness. 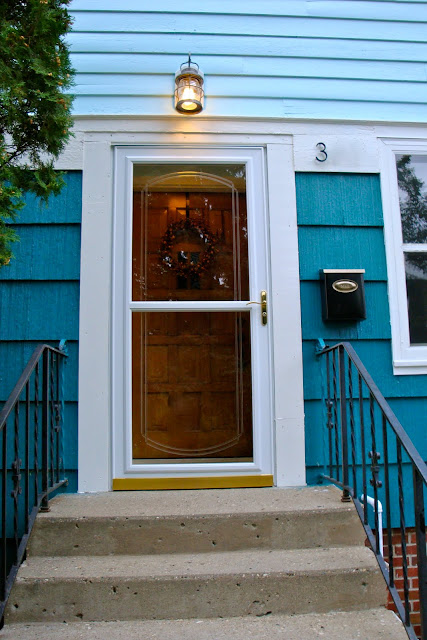 And the "after" shot: what it looks like now.
We still have to put a fresh coat of black on the railings, but that'll wait for another day.
at 8:11 PM