I once watched a public television show documenting the wedding of Princess Diana to Prince Charles. In it, they interviewed the designer of her dress, who told of the exhaustive efforts they took to keep every aspect of Diana's dress a secret. Paparazzi would even dig through the garbage in the alley, hoping to find scraps of fabric and thread giving hints of the gowns construction.
Now, I don't have anyone going through my personal seamstress's garbage, but let's take a peek and see if they reveal any clues to what she is making for the wedding. My dress is not a Jane K creation, but I know she has a few projects in the works. 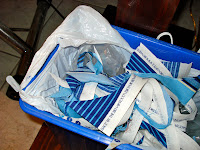 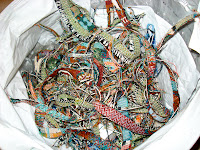 Hmm, scraps of tapestry and scraps of blue. What could that be for?


Paparazzi for Di's wedding were forced to be satisfied with dumpster diving, but my seamstress has graciously allowed me to poke around her sewing room a bit to see what else we can see. Let's have a peek. 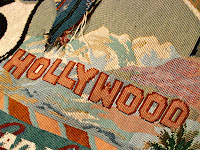 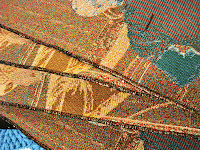 More tapestry; curious, indeed. Could this Hollywood be in reference to the old Hollywood glamour we've been told is an inspiration for the event?
Oh look, another piece of fabric. 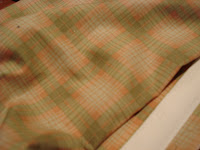 This pretty plaid features a pink and green color scheme--a known favorite of the bride. Interesting.
Lastly, let's look at something I found when leaving the sewing room. 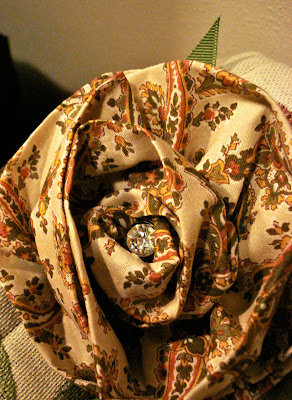 The seamstress has outdone herself with creating this lovely fabric flower. I adore the vintage rhinestone button in the middle and green ribbon leaf. Now, what could this be for?
at 10:04 AM